Home / Blog / Should Facebook be worried about Google Plus?

Originally published as a Quora answer

When Google+ was launched, there was a lot of talk and speculation as to what it meant for Facebook. Could Google really compete with THE social network.

Google has failed at social before.

Opinions fell on both sides of the equation. Some predicting Google+ as a real Facebook challenger and others writing off Google+ as yet another social letdown from the search engine.

Here are some updated numbers that clearly show yes, Facebook should be very worried. 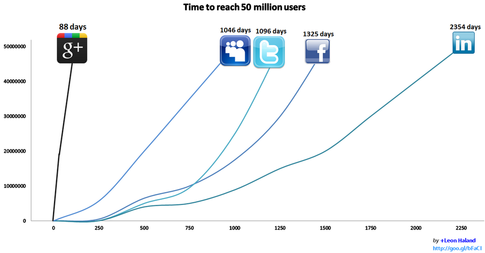 Google’s massive marketshare and ability to advertise and integrate with its own services already being used has enabled Google+ to grow faster than any other social networking site in the past, reaching 50 million users in just under 3 months, compared to the 3+ years it took similar sites. 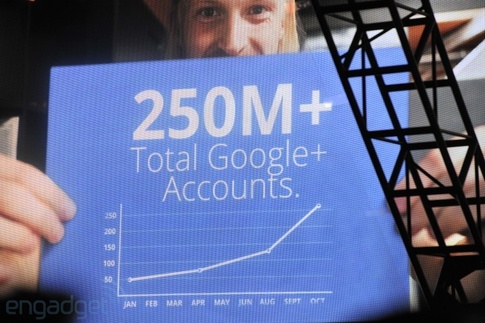 Over time, however, the “number of people using Google+” will eventually go away. The goal of Google+ is to create a social backbone that integrates with all services; a side-effect of that is the actual site known as Google+. Eventually anyone who uses Google products (estimated 1 to 1.5 billion people, not users) will be using Google+. 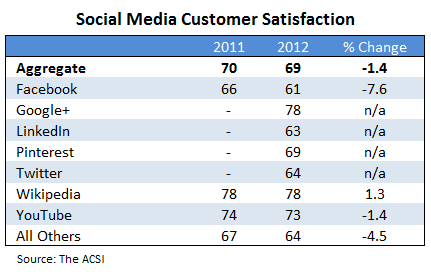 There’s a reason people enjoy using Google+: from the start Google has announced top-name designers leading the projects, such as former-Apple Andy Hertzfeld. 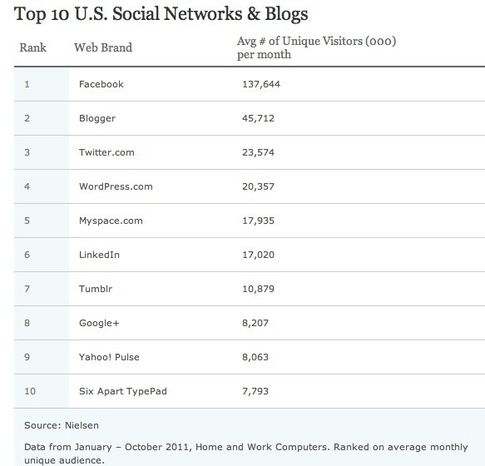 VentureBeat posted this graph (December 2011) of the top ten social sites being visited per month in the US. While Facebook is still at the top, Google+ is gaining traction. Also of note is Blogger, Google’s blogging platform that recently received Google+ integration, at #2.

By February 2012, Google+ had reached the #5 spot with 65 million monthly users.

Engagement is the driving appeal of Google+. While it does fill a different use-case than Facebook, Christopher Cuong Nguyen is right in that there is a hard limit to the number of seconds in a day you can be using a site. Facebook lets you talk with friends and find out how they’re doing. Google+ is about your interests and connecting with new people with similar interests.

As of right now, even the most niche of interests will show up in Google+ search, filled with a mixture of beautifully-large images and in-depth discussion. This means anyone can find anyone to follow and instantly populate their stream with information they want to read about. 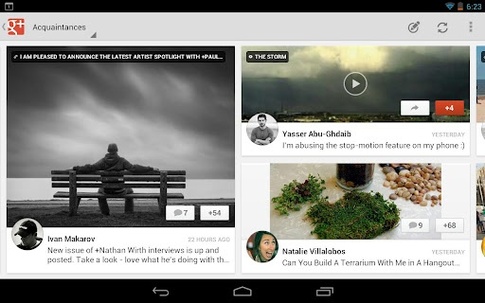 Apparently, Google gets mobile. They really get mobile. I’ve heard (and given) more praise about how beautiful, simple, and fast the phone and tablet apps are. Facebook has faced a huge struggle over the years trying to get users to use the mobile app. Vic Gundotra announced in April 2012 that more people use Google+ on mobile than from the web.

Lastly, the fact that Google is a leader in so many more markets than Facebook should have Mark Zuckerberg shaking in his boots. 900,000 android devices are activated every day and each of them comes preinstalled with a Google+ app. You’re not forced to use it, but when you’ve got a new phone and are checking out out all the features, you’re going to be amazed by the app. 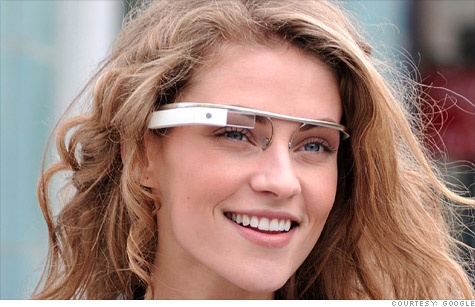 Google will continue to innovate not only through software, but through hardware as well. Facebook is working on a phone with HTC, but have not been involved with any major consumer hardware innovation to date; and the software innovation they work on is limited to Facebook.com.

I'm a published author of literature and a not-so-published author of code. Find my short stories and other things at drusepth.net. CS major at Missouri S&T, minor in cognitive neuroscience, emphasis in artificial intelligence. It's a nice mouthful. Couldn't wait... View Full Profile →